Experimental Study of F2833x/Texas Ins. for Constructing Speed Controller on a Synchronous Motor Based on SVPWM Method 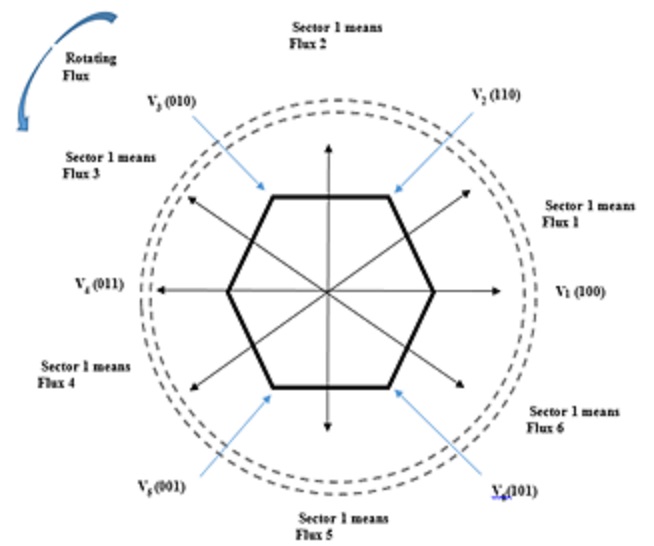 Microprocessor programming algorithms in electrical inverter drive systems are essential in developing and formulating modern methods in closed control circuits. The microprocessor used in the current research, TMS320f28335, has a high system clock s frequency (150 MHz) that reaches up to, which gives an almost perfect ability to output the three-voltage sinewave generated from the inverter under consideration. Obtaining a sinewave voltage means the lowest possible harmonics (THD) and thus the best performance of the induction motor at starting and dynamic stability. The current research used the directional inclusion method to implement the six inverter switches (IGBTs) mechanism. Mathematical calculations were made for Space Vector Pulse Width Modulation (SVPWM) method, and then the microprocessor was programmed to implement it. The practical board Voltage Source inverter (VSI) was tested extensively

This paper presents a systematic analysis and design of a single-phase boost power factor correction (PFC) converter supplying an inverter-motor drive system. The PFC converter is a single-stage single-switch boost converter that uses a current shaping technique to reshape the non-sinusoidal input current drawn by the motor-drive system to a near sinusoidal waveform. The resultant is a current input with almost free-harmonics, which comply with the IEC 61000-3-2 limits, and a system operates with near unity power factor. The other function of the boost converter is to provide a regulated DC voltage to the inverter-motor system. The motor drive system incorporates a1-hp induction motor fed by a Pulse Width Modulation (PWM) inverter with open-loop voltage to frequency (v/f) control. This drive system is analyzed as a load across the converter and its equivalent resistance is extracted and used in the PFC controller design. The theoretical and experimental results are compared to validate the analysis.