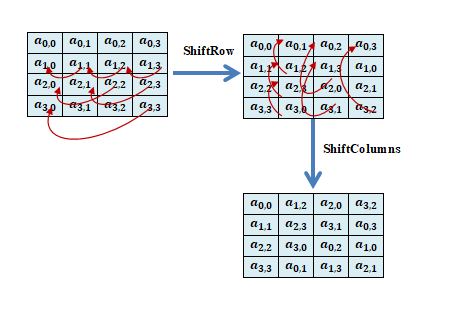 Due to manufacturing cost and portability limitations, the computing power, storage capacity, and energy of the Internet of Things (IoT) hardware are still slowly developing. From above, the proposed security system based on encryption must consider the resources, time, memory used, and the lifespan of related sensors. In addition, some applications need simple encryption, especially after the emergence of IoT and the Web of Things (WoT). Providing solutions suitable for resource-constrained devices can be achieved by using lightweight cryptography. In this paper, building a framework that includes proposals for producing lightweight security algorithms for cryptography primitives was highly recommended. For the block cipher, some suggestions have been applied to an example of block encryption, Advance Encryption Standard 128 (AES-128), to produce lightweight AES-128. For lightweight stream cipher, the system applied the proposals on Ronald Rivest Cryptography algorithms (RC4). Rivest–Shamir–Adleman (RSA) algorithm is used to produce a lightweight asymmetric cipher by key partition and using the Chinese Remainder Theorem (CRT) in the decryption process to produce a lightweight RSA algorithm. Several proposals have been used for hash functions, the most important of which is reducing the number of rounds and simplifying the functions in SHA-256. Depending on the proposed framework, all the produced lightweight algorithms passed the National Institute of Standards and Technology (NIST) statistical tests for test randomness. The produced algorithms showed better processing time than standard algorithms, less memory usage for a lightweight version of each standard algorithm, and higher throughput than standard algorithms.

Encryption VoIP based on Generated Biometric Key for RC4 Algorithm

Voice over Internet Protocol (VoIP) calls are susceptible to interfere at many points by many attackers, thus encryption considered an important part in keeping VoIP.
In this paper, Encryption VoIP based on Generated Biometric Key for RC4 Algorithm is proposed to encrypt the voice data before transmitting it over the network. The system uses a stream algorithm based on RC4 encryption with the new method of biometrics based Key generation technique. This system has generated complex keys in offline phase which is formed depend on features extracted using Linear Discernment Analysis (LDA) from face images.
The experimental work shows that the proposed system offers secrecy to speech data with voice cipher is unintelligible and the recovered voice has perfect quality with MSR equal to zero and PSNR equal to infinity.

This research aims to build a cipher system using back propagation Algorithm with artificial neural network to encrypt any Arabic text and to prevent any data attack during the transition process.Encryption information holdsfour stages:
1)A neural network was trained by using back propagation algorithm to encrypt the whole input Arabic text and graspfinal weights and consider these weights as a public key.
2) Training a second neural network by using back propagation algorithm to decrypt the input Arabic text of first stage and graspweights and consider the weights as a private key.
3)Encrypt any Arabic text by using the weights obtained from first stage.
4)Decrypt the Arabic text from third stage by using the weights obtained from second stage.
The four stages are achieved prosperously for data encryption process and decryption.
This work is executed by using Matlab program version 7 and Notepad++ for writing text because it supports Arabic numbers under windows 7 as operating system.

This paper attempts to develop a simple, stronger and safer cryptographic
algorithm which would not only be a secure one, but also reduces total time taken
for encryption and decryption. The modified algorithm MTEA is a new secret-key
block cipher of 64 bit that uses good features of Tiny Encryption Algorithm
(TEA) and RC6 algorithms. The proposal algorithm uses the RC6 encryption
algorithm as key scheduling to generate subkey. These generated key will be used
in META algorithm's round. An effort is made to enhance performance of the
resulting algorithm. Proposed MTEA algorithm improved TEA algorithm which is
a simple classical Feistel network with 64 rounds and operating on 64 bit blocks of
plaintext to produce 64 bit blocks of ciphertext with 128 bit key.

Secret sharing is a scheme used to distribute secret among a group of users.
Rather than making duplicated copies of secrets among users, the secret is divided
into a number of pieces, called shares. The secret can be revealed if a certain
number of user shares are combined. The method proposed here (i)utilizes bit-level
decomposition and stacking operations to both encrypt and decrypt B-bit image,
(ii) preserves all the features of traditional (k, n) sharing schemes, (iii) allows for
perfect reconstruction of the input B-bit image, (iv) encrypts binary, gray-scale and
color images, and (v) can be effectively implemented either in software or
hardware.

Fractals are generated by simple, recursive calculations. Encryption and
decryption algorithms that take advantage of fractals are developed. This paper presents a new approach for information hiding using iterated function system (IFS) this approach exploits the main feature of fractals (generated by IFS). So that any individual that happens to find the transformed message, will not be able to understand it; without the correct method that will reverse the transformation,
usually through some knowledge of key agreement, with the original encrypted. Also to make the encoding more difficult to introducers we use steganographic methods to hide the attractor image in another colored image 256X256 pixels size.

In this paper, a secure data hiding method is introduced. It increases the security of embedded data through combining between the steganography and cryptography. First, the secrete message is divided into blocks with same size according to length of key stream that is generated using nonlinear key generator. This key is used to encrypt the first block in secret message using the stream cipher, whereas the other blocks are encrypted depending on the behavior of cipher block chaining (CBC) mode that turn on the stream cipher in order to
guarantee no duplicated encrypted blocks. In our CBC mode the current ciphertext block will became a key stream to encrypt the next plaintext block, and so on. After encryption stage complete, the encrypted massage are embedded randomly in bmp image using LSB insertion method to increase the security.

Steganography and cryptography are usually used to ensure information
safety in today’s data communication. This paper makes use of audio
steganography technique and encrypted secret sharing to increases the security level of hidden data. The proposed schema can hide digital data in audio file; the resulted stego audio file is separated then into 2- shares encrypted random secure images, which can be transmitted or distributed separately over an threaten communication channel. Using multilevel of security techniques increases the security level of hidden data, and makes it more robust to attack since secret data
is not hidden in one cover media but it is separated across two images, that they will be encrypted and appear completely random.

The producing composite materials of dual reinforcement in which the matrix material is aluminum reinforced with two types of ceramic particles : which are Alumina (50μm

In this paper, a new secret-key block cipher called 128-bits Blowfish is
proposed which is an evolutionary improvement of 64-bits Blowfish designed to
meet the requirements of the Advanced Encryption Standard (AES) to increase
security and to improve performance. The proposed algorithm will be used a
variable key size up to 192 bytes. It is a Type-3 Feistel network iterated simple
function 16 times. Specifically, in this proposed algorithm, a combination of four
S-boxes lookups, multiplications as well as fixed and data-dependent rotations will
be used. Mixing round provide different levels of security, efficiency, flexibility
and good avalanche effect. The proposal is word-oriented, in that all the internal
operations are performed on 32-bit words. So it is possible to implement the
algorithm on smart cards efficiently.