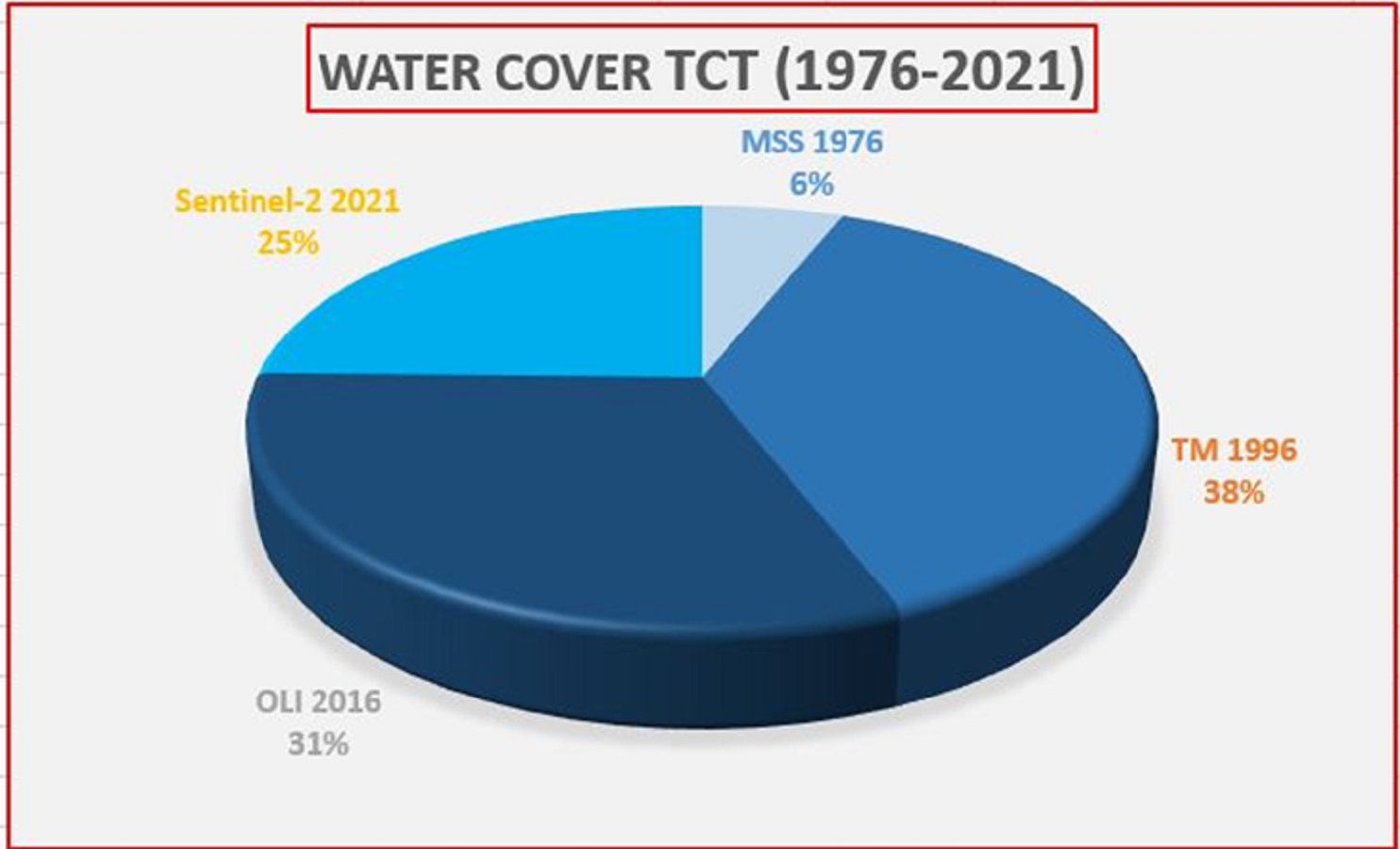 Wetland landscape characterization is an important component of determining the degree to which wetlands improve environmental conditions. The present study aims to create a model used to automated extraction of the land cover of the western part of the Al-Hammar Marsh south of Iraq, and then monitor the change in land cover overtime. A model builder in ArcGIS created based on a series of spectral-based indices included the Normalized Difference Vegetation Index (NDVI), the Normalized Difference Moisture Index (NDMI), and the Normalized Difference Water Index (NDWI), the OLI satellite images from 2013 to 2020, ENVI 5.3 and ArcGIS 10.4 were used to achieve this goal. The results were six land cover classes: water, density vegetation, medium dense vegetation, low dense vegetation, wet barren land and, dry barren land. From the monitoring of the changing trend, it is clear that there is no improvement in the vegetation area, only a slight temporal improvement to 48% in 2017, an increase in water area for the years 2019 and 2020 to 47.33%, and 42.85% from the total area of the marsh respectively. The highest percentage was in 2019 while decreasing to the lowest rate of 14.05% for the year 2018.  The developed model was accepted and can be applied for reflectance Landsat 8 data in the study area and can be applied in the southern Iraqi marshes. It also can be applied to other types of sensors, but according to determinants.

This study was conducted to monitor the agricultural drought in
the Middle Euphrates area, Iraq during the period from 1988 to 2018.
Multispectral Landsat TM, ETM+, and OLI images were used. The images
dated 1988, 1993, 2000, 2005, 2010, and 2018, which obtained during
growth months of plants (January, February, March, November, and
December).A computerized drought monitoring was adopted using ERDAS
Imagine 2015, ENVI 3.2, and ArcGIS 10.5 environments to process and
analysis the data. The spectral indices, which used in this study were: The
Normalized Difference Vegetation Index (NDVI) and Vegetation Condition
Index (VCI). The change analysis presented in this study is based on the
statistics extracted from the six resultant drought maps. The final results
were illustrated that drought area in the region had a noticeable increase
compared with no drought area. The results revealed that percentage of nodrought area ranged between (7%) and (17%) during the period from 1988
to 2018. The extremely and severely drought classes recorded high
percentage followed by moderately and mild drought in the region. From
this study can be concluded that there is a high rate of drought in the
region, especially in its southern and western parts.