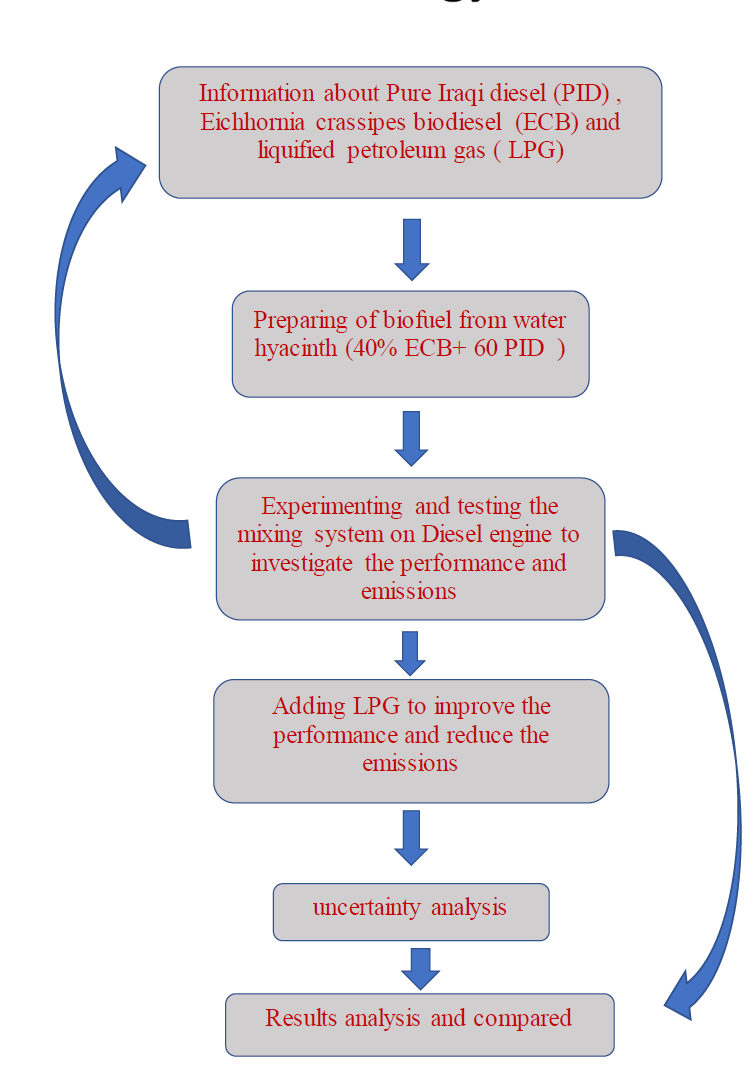 Biodiesel is the main alternative to diesel fuel today. The waste cooking vegetable oil can be used as a basic material in its preparation. Microwave irradiation is used in its production and it is considered one of the effective methods that do not consume much power. In this study, biodiesel is produce and determine the factors affecting the quality and quantity of production also investigated using experimental design technique. The effecting of operating variables power, time, and oil-to-ethanol molar ratio were studied, as well as the effect of interaction between operating variables on the quality of production. The optimum conditions that have been found are; the power that the microwave operates is 480 watts, the reaction time is 3.5 minutes, and the oil-to-ethanol molar ratio is 1:5. The maximum production is 91.63% at these optimum conditions. Also, the biodiesel production is testing which include physical properties specific gravity, kinematic viscosity, water content, cloud point, pour point, and flash point and it was in good agreement with standard diesel fuel.

In this study, the sunflowers oil was utilized as for producing biodiesel via a chemical operation, which is called trans-esterification reaction. Iraqi diesel fuel suffers from high sulfur content, which makes it one of the worst fuels in the world. This study is an attempt to improve the fuel specifications by reducing the sulfur content of the addition of biodiesel fuel to diesel where this fuel is free of sulfur and has a thermal energy that approaches to diesel.20%, 30% and 50% of Biodiesel fuel were added to the conventional diesel. Performance tests and pollutants of a four-stroke single-cylinder diesel engine were performed. The results indicated that the brake thermal efficiency a decreased by (4%, 16%, and 22%) for the B20, B30 and B50, respectively. The increase in specific fuel consumption was (60%, 33%, and 11%) for the B50, B30, and B20 fuels, respectively for the used fuel blends compared to neat diesel fuel. The engine exhaust gas emissions measures manifested a decreased of CO and HC were CO decreased by (13%), (39%) and (52%), and the HC emissions were lower by (6.3%), (32%), and (46%) for B20, B30 and B50 respectively, compared to diesel fuel. The reduction of exhaust gas temperature was (7%), (14%), and (32%) for B20, B30 and B50 respectively. The NOx emission increased with the increase in biodiesel blends ratio. For B50, the raise was (29.5%) in comparison with diesel fuel while for B30 and B20, the raise in the emissions of NOx was (18%) and (3%), respectively

Biodiesel is gaining considerable attention as a renewable source
of energy, as an alternative to petroleum fuel and can be used in engine
without modification in this paper, the profile of preparation of fatty acid
methyl ethyl ester from castor oil via a base-catalyzed transesterification was
investigated.. The variables chosen for the study were reaction time, oil to
(methanol and ethanol) mixture ratio, and reaction temperature at constant
concentration of KOH(catalyst) .The effects of these variables on viscosity and
specific gravity were studied.