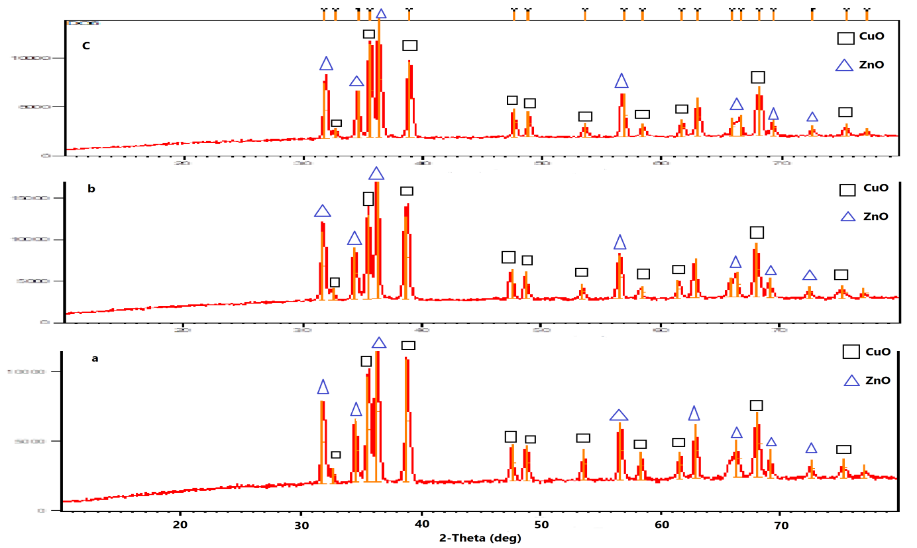 Copper oxide (CuO) and zinc oxide (ZnO) are two of the most promising oxides under development right now. The sol-gel technique was used to make Nano composite particles NCPs of ZnO-CuO. The copper (II) nitrate rehydrate 0.1M and zinc nitrate hex hydrate 0.1M liquids were mixed in a 1:1 ratio, and the gel was formed at 80 °C, then dried and calcined for various times 500 °C (3, 5, and 7 hours). Particle size analyzer (PZA), X-ray diffraction (XRD), field emission scanning electron microscopy (FESEM), and apparent density were used to characterize the CuO/MgO particles. The x-ray diffraction results showed that the phases of the composite particles were pure. FESEM scans, on the other hand, revealed nanoparticles incorporated in the ZnO-CuO matrix with particle sizes ranging from 60.76 to 145.1 nm. The density of the aforesaid samples was 0.1382, 0.1418, and 0.1469 g/cm3 in that order, increasing as the calcined duration increased. This promotes crystal formation, and CuO/MgO has strong catalytic activity for advanced applications. 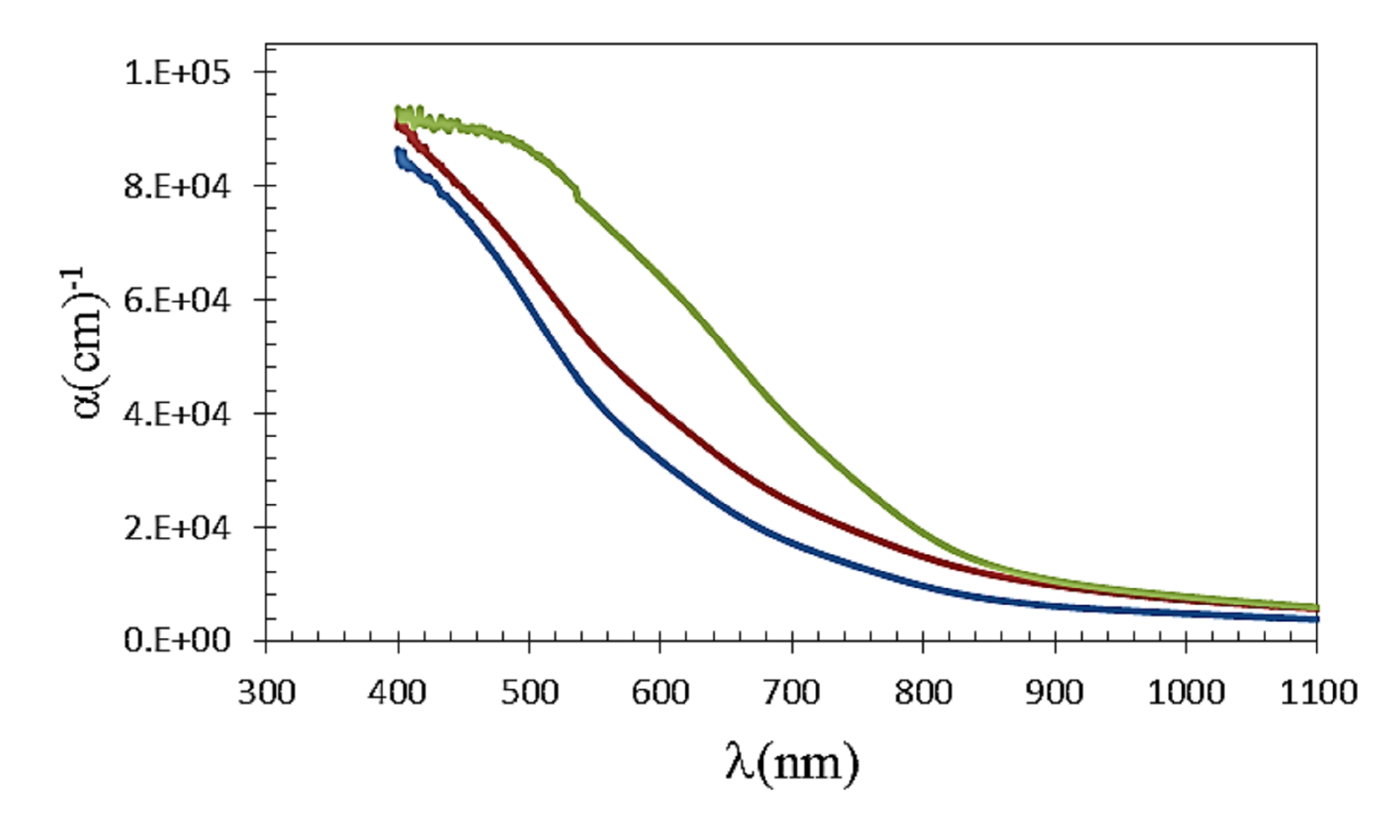 In this paper, we reported that the annealing at temperatures of 400  and 500 oC in the air for 2 hours led to the formation of rod-like structures of cupric oxide thin films prepared by the chemical bath deposition technique. The structure and the optical properties of the prepared thin films were studied to investigate the role of annealing on the films. The morphology of the as-deposited CuO films is almost structureless. However, the films are converted to rod-like shapes nano-structures after annealing, as confirmed by scanning electron microscopy.  The x-ray analysis showed that the thin films of copper oxide nano-structures have a monoclinic crystallinity preferred in the (110), (002), and (111) directions, and the crystallinity increases after annealing. Furthermore, the bandgap values after annealing are reduced from 2.1 to 1.61 and 1.63 eV as determined by optical analysis utilizing UV–VIS spectroscopy.

Laser ablation has proven to be an effective method for generating nanoparticles. In this work, we have successfully produced pure cupper nanoparticles in fast and one-step method by Nd-YAG irradiation of cupper target with a 1064 and 532 nm laser wavelengths in pure water. The particle size, shape and size distributions were measured using a transmission electron microscope TEM. The UV–VIS spectroscopy has been employed for the optical properties. Nanoparticles with diameters 30 nm were observed to be formed in the colloidal solution. The UV–VIS spectrum of the material shows weak plasmon peak around 620 nm, indicating the formation of copper oxide nanoparticles. A clear blue shift is observed in the direct band gap (4.3 eV) of these nanoparticles presumably to the quantum confinement effects exerted by the nanosize.

Thin films of pure copper oxide and doped copper oxide have been prepared by
chemical spray pyrolysis. The films were doped with Manganese (Mn) by 2% & 4%
ratios. X-ray diffraction show that all prepared films have The two strong peaks of the
CuO films appear at 35.74o and 38.95o which correspond to diffraction from planes
(-111) and (111) respectively. The absorption coefficient was calculated from
transmission spectra range (450 – 950 nm) , the absorption coefficient increase by
doping, the allowed direct optical band gab energy has been evaluated from absorption
coefficient and the energy band gab increased by doping.