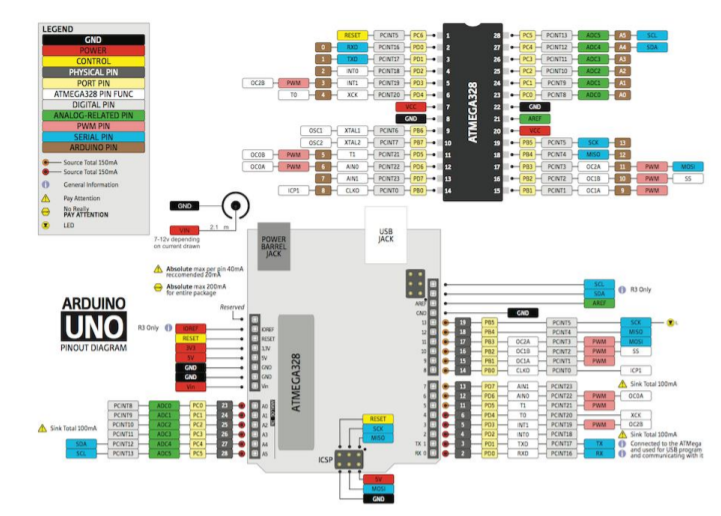 Photosynthesis requires additional energy. Such energy can be obtained by building a greenhouse, which traps sunlight's heat. The primary challenge in greenhouse growing is stabilizing temperature swings. Adapting conventional heating and cooling systems can provide additional energy to the greenhouse. In the greenhouse, solar energy is a vital energy source that is directly connected to the power supply. The greenhouse control systems have been adapted and implemented to meet the demands of plant cultivation due to wireless automation, design, control, and monitoring services. This study provides an effective automation system for greenhouses. It lowers the power, leads to consumption, and allows for remote control and monitoring. They show that the control model monitors sensing data are an accurate tool for computing sensing and the self-management of output devices. It was also found that this technology has several positive attributes such as easy network management and motor controls, soil moisture, humidity, temperature, and sensor to solar panel voltage. It measures the four sensors included in the suggested design system. Each sensor measures changes in the environment inside the greenhouse. All sensors are accessible in varied ratios to run devices plugged for different operations because irrigation, refrigeration, and air conditioning always start when depletion occurs.

Electricity Generation from Hydro, Wind, Solar and the Environment

Olumide A. Towoju; Oluwatoyin A. Oladele

Nitrate contamination is worldwide water pollution posing a major
health hazard to human and animal life. Challenges are being faced to get fresh
water for the areas having a low amount of usable water. This study aims to
asses and evaluates the feasibility of removing nitrate from groundwater by
using cheap approaches. A pilot-scale solar distillation membrane filter, was
designed and constructed for this study, the set up was designed into two
partitions: i) water heater and ii) membrane distillation. The effect of several
operating parameters such as feed and distillate temperature, nitrate
concentration, and pH, on water flux and nitrate removal efficiency, was
investigated. The results showed that 85 and 93 percent removal efficiencies for
nitrate and total dissolved solids, respectively. The effect of important
parameters of solar performance membrane filter distillation (SPMFD) process
including solar collector efficiency (𝜂𝑐
), gained output ratio (GOR) and
significant operating parameters containing feed and condensate temperature,
feed nitrate concentration and pH were studied in this work and it could be
concluded that water flux was increased exponentially with increasing feed
temperature, and under the same operating conditions, average water flux
changed from 9.52 to 34 kg/m2 per hour when temperature increased from 60
to 90 °C gradually. However, no significant effect was found by varying nitrate
and TDS concentration and pH on water flux. It can be concluded that
membrane distillation and solar desalination processes could be the efficient
methodologies to exploit in the large nitrate-affected rural areas of Iraq and its
surrounding with abundant sunlight, particularly during the critical dry season

This work has showed that gray water can be used in irrigation with great success. It includes the explanation of how water recycling will save water for irrigation and agriculture use, reduce the costs of constructing purification plants, and add natural filters to the environment. It also aspires to invite companies to reduce the proportion of phosphate and other harmful substances in the composition of soap. In addition, it is possible to reduce the amount of suspended solids in a gray water by installing filters on the washing machines themselves, so that the volume of problems in the plankton is reduced at the refineries. It was found that the decrease in the consumption and rationalization of electric energy was observed for other purposes using the solar cell system, which is considered as a source of power supply system.

Water pumping from wells and rivers for irrigation is a well established
procedure on many farms in Iraq and is practical on various levels around the world.
Typical irrigation systems consume a great amount of conventional energy through
the use of electric motors and generators powered by fuel.
The overall objective of this research was to determine the feasibility of using
photovoltaic (PV) modules to power a water pump for a small-scale irrigation system
in the North-West of Iraq (Samara). The study involved field observations,
simulations of global solar radiation and PV electrical output.
Field observations involved an installation of 24-monocrystaline silicon PV
modules as shown in figure (1). This system was installed to give maximum power
equal to (1960 watt) with maximum open circuit voltage (Voc = 175 volts) and
maximum short circuit ( Isc= 14 Amp ). This module was connected to the pump via a
charge controller and AC inverter. The parameters monitored were voltage, current,
back-of-panel temperature, pressure, and flow. These observed parameters were used
to determine PV electrical output and volume of water pumped. Site latitude,
elevation, and panel tilt were applied to the solar radiation and PV electrical output
models. PV electrical output and volume of water pumped were monitored between
January 2000 and December 2000. As expected, an increase in power causes an
increase in the volume of water pumped.

Expermential Study of the Performance of Fluorescence Collector

The luminescent concentrator which used consisting of organic fluorescence dyes
such as Rhodamine 6G doped in article Polyvinyl alcohol (PVA) to configure a
specific membrane thickness, and then put these films on the glass plate solar collector
model with energy halogen Lamp (1000 Watt) as a source of light to represent of
fluorescence collector.
Examining the effect of these pigments on the efficiency of the solar collector as a
function of the temperature difference between the water inside and outside of the solar
collector. Where the increasing in the amount of the difference between the
temperature refers to increasing the efficiency of the performance of solar collector.
Results showed that the efficient performance of the solar collector increases with the
increase in the intensity of incident light with existence the luminescent concentrator
,where the rising water temperature of (24 K) compared with (20 K) when there is not
existence the luminescent concentrator when the intensity of radiation falling (1500
W/m2) and increasing efficiency of solar collector to 20% .