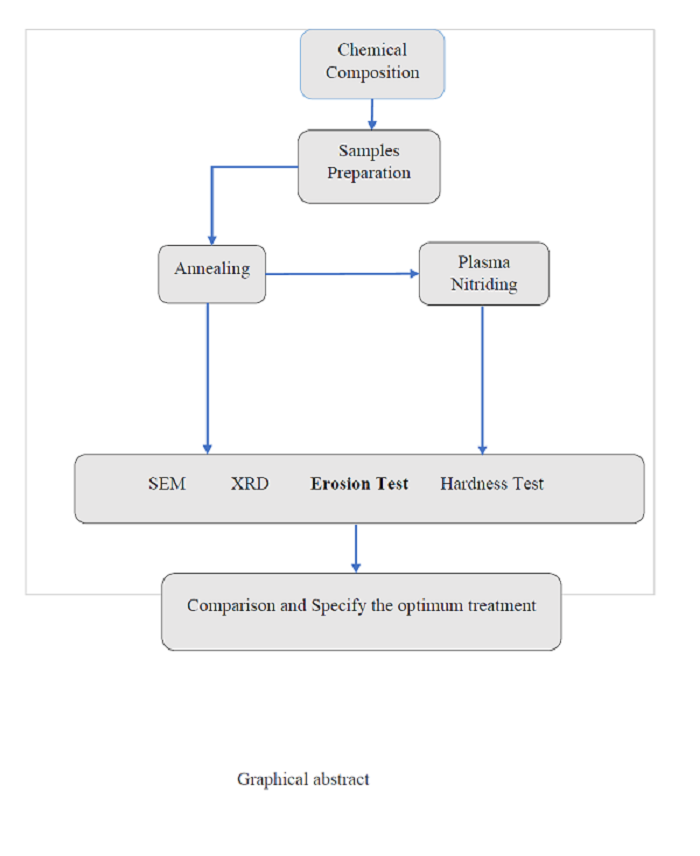 To increase the erosion resistance of 2024 Al alloys, plasma nitriding surface treatment was used. Nitrogen and argon gases are injected into an evacuated chamber until the pressure reaches 15 Pa. The process requirements for normal plasma nitriding were heating at 440˚C for 8 hours, low voltage of 650 V, current of 25 mA, low gas consumption, and no air pollution. A continuous nitriding layer of AlN was formed. The microhardness reached a maximum value of 170 HV, about 3 times higher than that Al melts at, is transported upward through voids and capillaries in the AlN structures, and reacted with N plasma in the melt surface. The growth of the AlN structures promotes this transport of un-nitride alloy subjected to the same heat treatments. As a result, the erosion rate of the nitrided samples decreased by 10% when compared to the ones that are not nitrided. 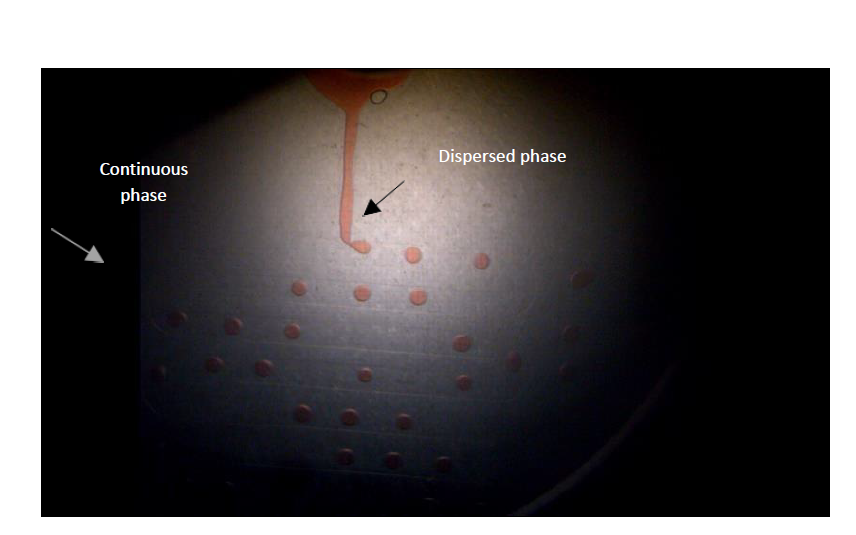 In the present work, polymer and surfactant solutions (Xanthan Gum- Cetyltrimethylammonium bromide) were formulated and tested in a micro-flow system (microchannel) carrying octanoic acid as the hydrocarbon phase to determine the droplets formation capabilities of the two different additives. The purpose is to compare the droplet-generated size, shape, and distance between the droplets forming from the individual additives solutions. The jetting phenomenon that happens during droplet generation was also investigated. The solution of the polymer (XG) and surfactant (CTAB) was prepared in 5 different concentrations (50, 100, 150, 200, and 250) ppm and (500, 1000, 1500, 2000, and 2500) ppm, respectively. The continuous and dispersed phases' flow was controlled by controlling the inlet pressure of both phases. Direct-writing lithography was used to fabricate the microchannels using polydimethylsiloxane polymer. The microfluidic chip was connected to an open-loop fluid circulation system, and the produced by polymer and surfactant solutions droplets size was recorded using a high-resolution microscope. The droplet generated using the XG solution was larger, and the distance between droplets was shorter as concentration increased. In contrast, the CTAB solutions showed smaller droplets, and the distance between droplets increased as the concentration increased. The possibility of coalescence of the droplet was also higher as the distance between droplets was shorter. In terms of jetting regime, as the pressure ratio increases, the jet breakup length increases before forming the droplet until, at some limit, the dispersed phase was failed to generate droplets.
Journal Information