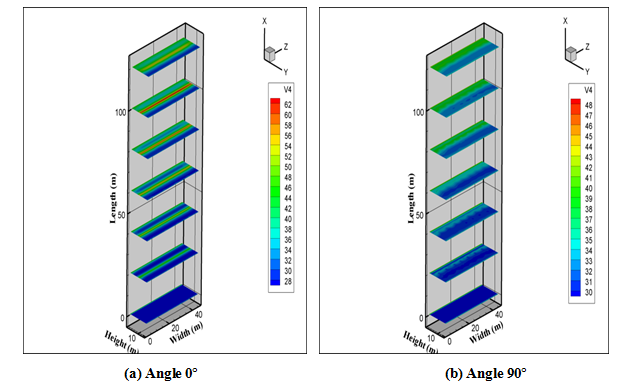 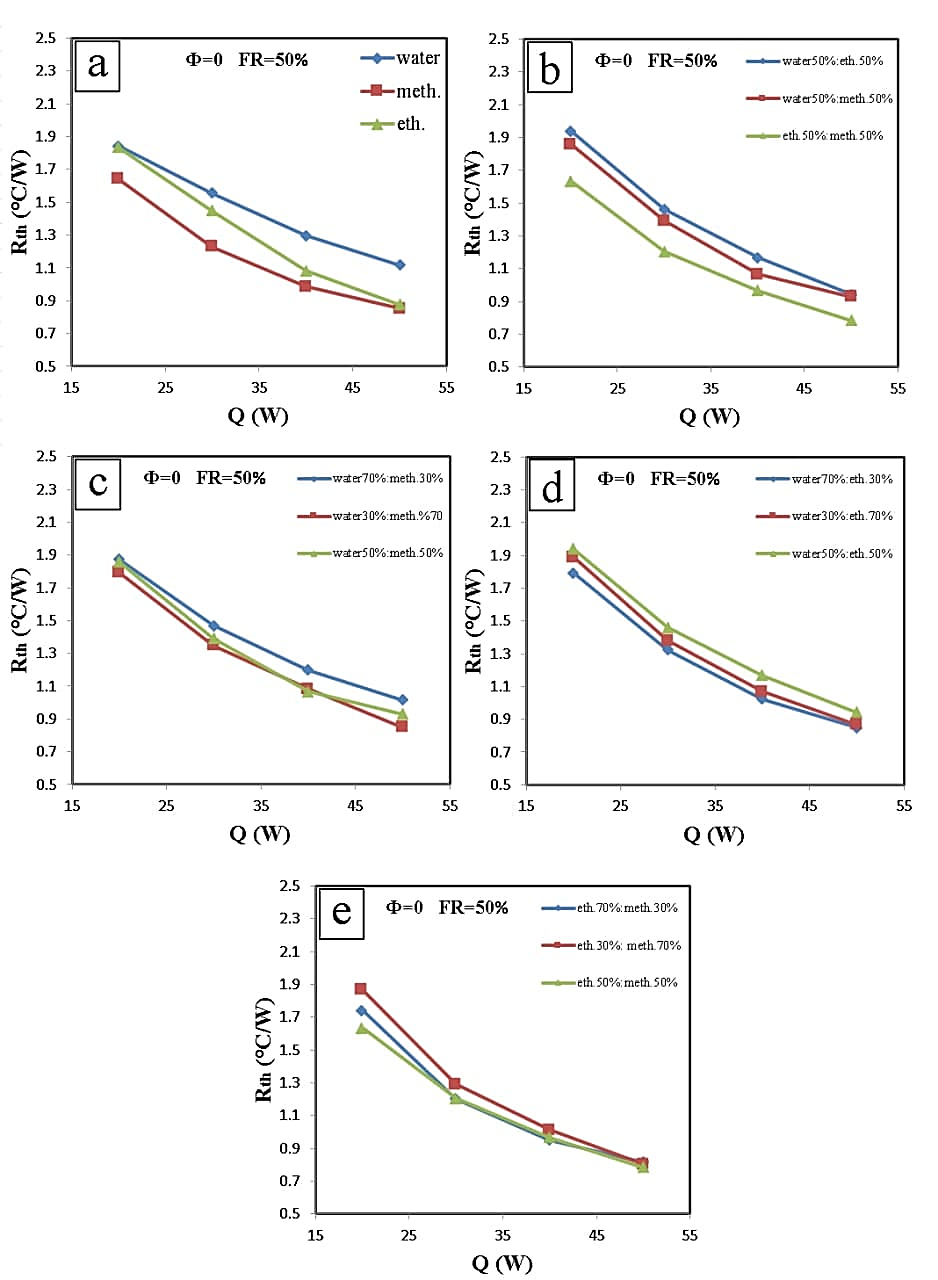 The present work aims to study the effects of working fluids on the thermal performance of the heat pipe with a wick and in a horizontal position. The experiments were conducted using a copper heat pipe with a 20.8 mm inner diameter, and the length of the evaporator, condenser, and the adiabatic regions were 300 mm, 350 mm, and 300 mm, respectively. The working fluids selected were water, Methanol, ethanol, and different binary mixtures (50: 50) %, (30: 70) %, (70: 30) % mixing ratios. The filling ratio was 50% of the evaporator volume for all working fluids, and the heat input values were 20, 30, 40, and 50 W. The results show that the heat pipe charged with Methanol has a thermal resistance of (0.85166oC/W), the lowest thermal resistance value. The lowest thermal resistance of using mixtures is (0.785 oC/W) for (50 % methanol: 50% ethanol). Both are achieved at 50 W heat input. Also, at 50 W heat input, the highest value of heat transfer coefficient when using water as a working fluid is (510.386 W/m2. oC), and for using a mixture (70 % water: 30% methanol) is (556.78 W/m2. oC).
Journal Information