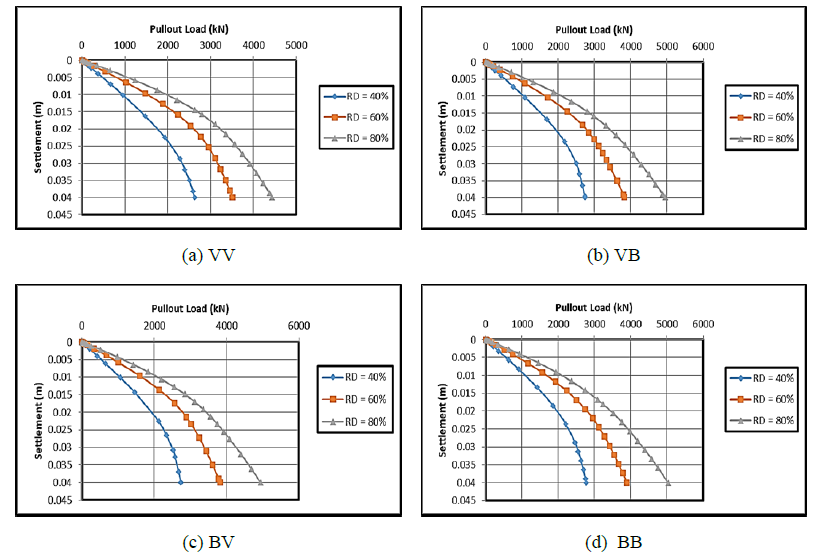 Batter piles or raker piles are the piles driven in the soil at an inclination with the vertical to resist inclined forces or large lateral loads. Battered piles are widely utilized to support offshore buildings, towers, and bridges since these structures are risky due to the exposure to overturning moments resulting from winds, waves, and ship impact. This paper used a three-dimensional finite element analysis using PLAXIS 3D software to study the effect of several variables that affect the behavior of batter piles in a group under pullout loads. The study is conducted on a steel pipe pile model embedded in a dry sandy soil with three different relative densities (loose, medium, and dense sand) at different inclination angles and three embedment ratios L/D of 25, 37.5, and 50, respectively. The finite element model was carried out on a pile group of 2×1 with different configurations. The numerical results indicated that for all pile configurations, the pullout capacity of the batter pile group increased when the embedded ratio and relative density increased, and the maximum value was attained at a 20° batter angle. Furthermore, batter pile groups with BB (group with two battered piles) configuration of (-20°, +20°) gave a high resistance to the pullout load compared to other configurations of the pile group. In addition, pile Groups with battered piles marked the resistance to the pullout load more than pile groups that contain only the vertical piles. 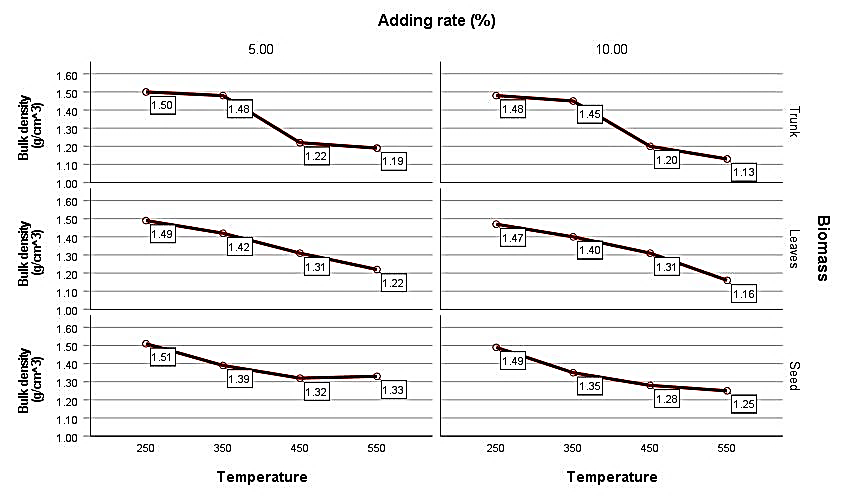 The use of biochar as a soil amendment has been the focus of many studies. It is believed to improve soil characteristics and increase crop yields. Still, a diverse range of feedstocks needs to be researched and converted to biochar for environmental purposes.To achieve sustainable biochar, it is favorable to be derived from residues available locally, and particularly interesting are those that have been turned to biochar near the application area. This study investigates the effects of locally date palm-derived biochars produced at four different temperatures (250, 350, 450, and 550oC) for 60 minutes on soil physicochemical properties, mainly; pH, bulk density, and total nitrogen availability. The biochar application ratios were 5% and 10% by weight to each soil sample. The soil was gathered from a local farm near Al-Kargoulia, textured as clay loam, and had a total nitrogen content of 25 mg/kg. From mixing through incubation, the experiment lasted 30 days. Biochars produced at (250-350oC) have a minor impact on soil characteristics, whereas biochar produced at (450-550oC) had a higher effect on soil properties. Bulk density was decreased due to biochar’s high porosity (up to 90%), while pH increased from 7.23 to 8.5. In contrast, nitrogen was affected highly and increased to 32.33 mg/kg. 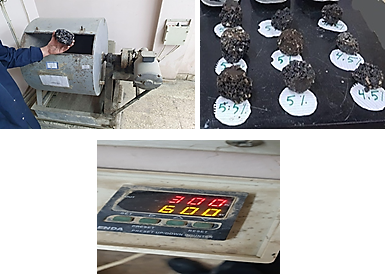 In recent years, Open Graded Friction Course OGFC is becoming more common in some countries. It is applied to improve surface frictional resistance, minimize hydroplaning, reduce water spray, improve night visibility, and lower pavement noise levels. These functions are carried out primarily by removing water from the pavement surface during a period of rain. Also, it has many disadvantages which as poor resistance to permanent deformation, low fatigue strength, high stripping, and moisture susceptibility. The paper aims to investigate the probability of using Cellulose Fiber (CF) as a modifier to improve the properties of OGFC asphalt mixture. In this research, one type of asphalt grade (40-50) and one gradation (19 mm Maximum Aggregate Size MAS) were used. Three percentages of CF (2%, 4%, and 6%) were added to asphalt cement to obtain the modified mixtures. Optimum asphalt content was selected by evaluating the following criteria: air voids content, asphalt drain down, abrasion resistance, and permeability. Several laboratory tests such as Indirect Tensile Strength (ITS), moisture susceptibility, Marshall stability, and flow were evaluated for modified samples, and their results were compared to the original open-graded asphalt mixture. The outcomes indicated that cellulose fiber greatly enhanced the mechanical properties of OGFC mixtures, increasing moisture damage resistance by 19.4%. Furthermore, Marshall stability improved by 38.92 % as the abrasion loss is decreased by 15.85% with adding of CF for aged samples. 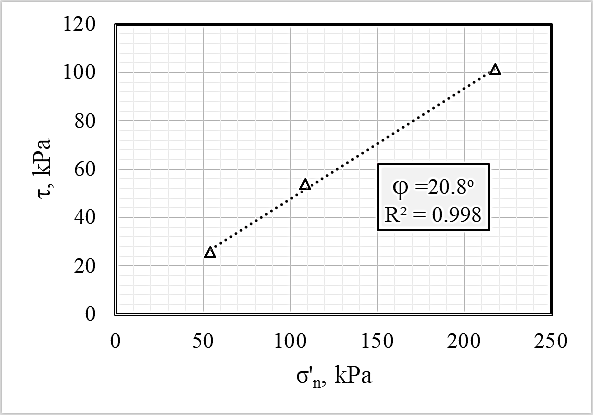 The coefficient of lateral earth pressure at rest (K0) explains the connection between the effective vertical and lateral stresses. Geotechnical engineers have studied K0 for many years for its being a key element in the designs and analysis of various geotechnical problems such as slope stability, piles, and earth retaining structures. Moreover, K0 has played a critical phase in any numerical study of the soil-water combined geotechnical boundary value issues requiring parametric stress-strain time formulations During the previous few decades. A modified apparatus consisting of a standard Oedometer equipped with Force Sensitive Resistance (FSR) is used to investigate the value of lateral pressure () due to the vertical stress. The Oedometer test is carried out on three samples with different organic contents, with the K0 values obtained from each sample; empirical equations were also used to estimate K0 values for comparison purposes. From the analysis of the results, it can be stated that the K0 value is inversely proportional to the organic matter percent in the soil. It varies from 0.6125 in soil with 25.1% organic percent to 0.76 at a percent of 9.8%. The Force Sensitive Resistance (FSR) technique's performance is practical enough for estimating lateral earth pressure at rest (K0) of normally consolidated organic soil with many advantages; it is far less time-consuming and has a low operating cost than the traditional K0 estimate methods. Furthermore, K0 decreases with the increase of organic content. 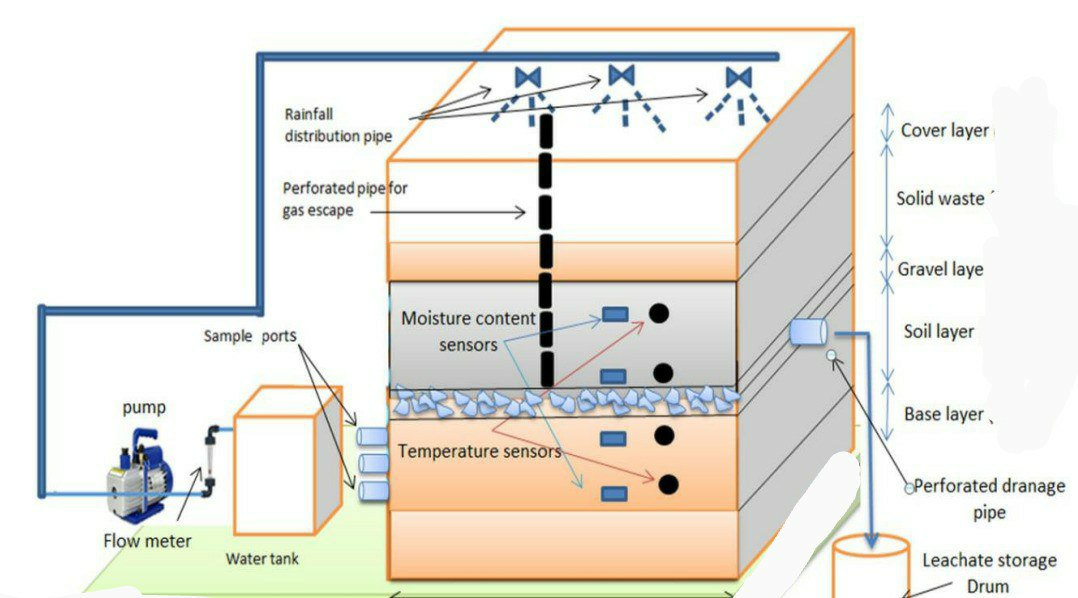 This paper investigates the impact of the plant fly ash (dry tree leaves) addition on the geotechnical properties of the landfill soil, where an engineering laboratory landfill simulating a real landfill was manufactured. Two percentages of plant fly ash (10% and 15%) were used to reduce or prevent the penetration of heavy metals resulting from the decomposition of landfill waste into the soil and conducting laboratory tests such as the Atterberg test, specific gravity test, compaction test, permeability test, SEM test, and heavy metals analysis. The results of laboratory tests indicate a decrease in the plastic limit and the liquid limit with the addition of plant fly ash, as well as a decrease in the specific gravity and a decrease in dry unit weight with an increase in the need for water content when adding plant fly ash. In contrast, the permeability increased with the addition of plant fly ash. In the most important laboratory test, which is the chemical analysis of soil metals, the soil improved with plant fly ash gave results indicating a lower level of metals pollution at depths of (10 cm, 20 cm, and 30 cm) of soil layer compared to natural soil. The analysis was conducted on 7 basic pollutants (cadmium, copper, iron, Manganese, Zinc, Chromium, and lead), where the percentage of pollutants decreased in improved soil compared to natural soil under the same conditions by (50%, 74%, 62%, 68%, 60%, 68%, and 55%) respectively.

The permeation and Separation Characteristics of Polymeric Membranes Incorporated with Nanoparticles for Dye Removal and Interaction Mechanisms between Polymer and Nanoparticles: A Mini Review

Dyes are an essential group of organic pollutants with a long history of harming aquatic life and humans. Prior to disposal, polluted dye wastewater must be adequately treated to prevent adverse impacts on persons and the environment. Although there are several techniques for dye removal, most of them share a similar drawback: they generate secondary pollution to the environment. Membrane separation is highlighted in this article because it is one of the most efficient dye removal techniques available nowadays due to its high removal capacity, ease of operation, and clean water generation. Polymeric membranes are frequently used in membrane-based separations because of their greater flexibility, ease of pore formation process, and lower cost than other membrane materials. Although polymeric membranes are preferable materials for membrane production, they are usually hydrophobic and, hence, sensitive to fouling. Therefore, much research has been done to modify the polymeric membrane. More recently, metal nanoparticles (NPs) have been introduced to the polymer matrix to minimize fouling potential and enhance membrane performance. This study describes several polymeric membranes utilized in dye separation that have been modified using nanomaterial. Also, the study illustrates how adding these components affects the membranes' performance in rejecting the dye.Additionally, it highlights the importance of membrane-nanomaterial interactions and the effect of these materials' additions on membrane performance over time.

Zainab A. Jabbar; Wassan I. Khalil 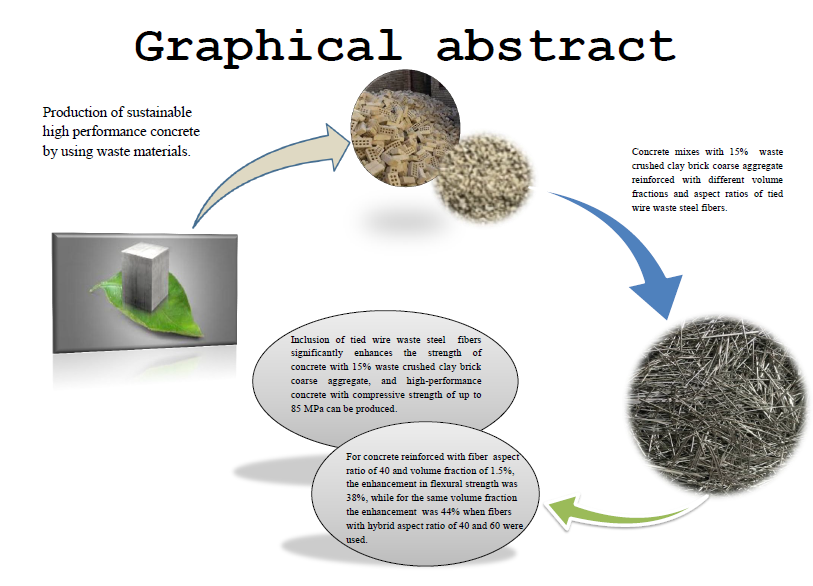 This research aims to study the benefit of using fibers made from waste materials in concrete and evaluate the ability to use these fibers as a substitute for commercial fibers. Different aspect ratios of alternative fibers formed from cut steel tied wire waste were utilized. This material is selected because of its low price and wide availability. Two concrete mixes with 15% waste crushed clay brick coarse aggregate reinforced with different volume fractions of 1.0 and 1.5% and an aspect ratio of 40 were prepared. Also, three concrete mixes reinforced with a hybrid aspect ratio of 40 and 65 of tied wire waste steel fibers (TWWSF) with different volume fractions of 1.0% and 1.5% were prepared. The compressive, splitting tensile, flexural strengths, and ultrasonic pulse velocity (UPV)  of all prepared concrete mixes were tested. The results illustrate that the inclusion of tied wire waste steel fibers significantly enhances the strength of concrete with 15% waste crushed clay brick coarse aggregate, and high-performance concrete with compressive strength of up to 85 MPa can be produced. The enhancement in compressive, splitting, and flexural strengths were 29%, 42.8%, and 38%, respectively, for concrete reinforced with a fiber aspect ratio of 40 and volume fraction of 1.5%. In comparison, for the same volume fraction, the percentage was 22%, 48%, and 44%, respectively, for equal content of hybrid aspect ratio of 40 and 65. 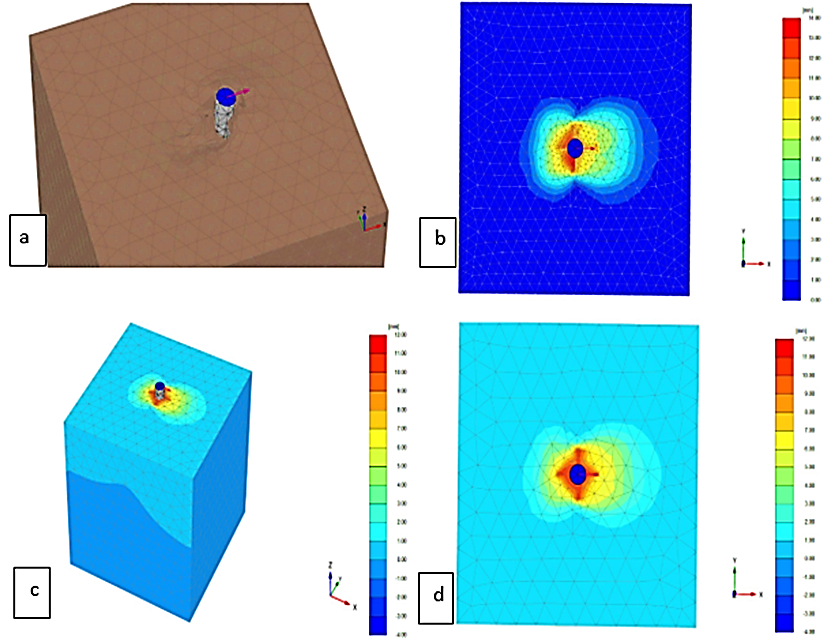 Increasing the cross-sectional area of the piles or adding wings to the piles are two strategies for increasing the bearing capacity of the piles to resist lateral stresses. Small and full-scale finite element models were used to investigate the effect of adding the wings on the laterally loaded pile bearing capacity in this study. Four embedded ratios (4, 6, 8, and 10) were used with various wing dimensions and numbers. The results showed that adding wings to the pile increases the resistance to lateral loads and reduces the lateral displacement significantly. +To achieve the highest lateral resistance, the wings should be fixed parallel to the lateral load applied to the pile and close to the pile head. The ultimate lateral applied load is proportional to the rise in relative density. The lateral pile capacity was increased by 16.5%, 18.4%, and 33% in dense, medium, and loose sand, respectively, at the same length to diameter ratio (L/D). Increasing wing length improves lateral capacity significantly. At a failure, the lateral pile capacity was 18% and 8.5 % for Lw, equal to 112 mm and 56 mm, respectively. Another study's purpose was to determine how increasing the number of wings affected pile resistance. The lateral pile capacity at failure was increased by 9.8 % for two wings, 18.4 % for three wings, and 18 % for four wings.
Journal Information